The FIFA 20 demo had me worried.

The feeling of deja vu as the Legendary AI fizzed the ball into my six-yard box and my defenders ran the wrong way and stood watching left me with my head in my hands.

Happily though, the retail build of FIFA 20 feels much, much better to play.

The biggest question with FIFA is always: is this year’s update worth forking out for? And in the last couple of years of minor tweaks and cosmetic upgrades the answer has teetered perilously close to being no. It felt like EA Sports needed to come out with something fresh to justify the dormancy, and FIFA 20 is a more complete package.

As we near the end of this console cycle, FIFA 20 is visually very samey to its predecessor and that makes a poor first impression when detractors are hunting for similarities to point to. It’s disappointing, but focusing solely on that would ignore the interesting things FIFA 20 does do.

In and around the box

In terms of kick-off and career mode gameplay, there aren’t many sweeping changes to report, but there are a few interesting iterations that break up the muscle memory of 12 months of FIFA 19.

Passing, including both short and through balls, feels looser and less robotic. Through balls especially feel like they have a higher risk-reward attached to them – on the one hand more likely to be intercepted by the defending team, but also more likely to split the back line.

Ball control and sprinting in possession also look more momentum based – the ball is more likely to trickle out of your player’s reach when they’re at full stretch for instance – giving phases of play a slightly slower pace if you want to avoid errors, which feels deliberate and realistic. I like the failable touches, but everyone says that until it negatively affects them at a crucial moment.

Chance creation on Legendary difficulty has seen the biggest shake up in general though. It felt like I spent most of FIFA 19 camped on the edge of the opposition area thrashing for space, before fuming jealousy as I defended the counter-attack wishing I could have a turn running at the opposition goal too.

Although a few skill moves – most notably the McGeady and Berba spins – seem to have taken a slight nerf, you can dribble around defenders much more effectively in FIFA 20. And that’s not just with Messi either. Lower-powered players with similarly high agility and dribbling like Angel Correa and Helder Costa feel good too.

Defenders seem to buy your jinks with the left-stick like they’re on sale, allowing you to break through on goal with close control often.

A downside of this is that it can be easily exploited and I expect a balance patch to come soon. The 4-3-2-1 formation is incredibly powerful, especially if you play a quick winger who’s good technically on the left or right of the three. I’ve been using Thomas Lemar in an Atletico Madrid save in a similar shuttling role to what Lingard played for England at the 2018 World Cup, and with space to run into he’s pretty unstoppable.

It reminds me a lot of what you could do in FIFA 18 for better or for worse.

On the defending side, things feel largely similar to FIFA 19 again, although you can scoop the ball up with a new range of animations thanks to the addition of Controlled Tackling. Jockeying, timing your standing tackle, and closing down space with the second man press are still vital to smothering attacks though, so the strategy remains basically the same.

However the Legendary AI does seem to be quite good at breaking you down with through balls. And if you give possession away cheaply in your own half they will just smash it top bins, so it’s not always a total cakewalk.

Freshen up the team

Much has been said in the run-up to FIFA 20 about the lauded career mode changes, and I like some more than others. The improved press conferences, where your answers have a more direct effect on player morale are great, with much better context to the press narratives.

The huge buff that high morale gives your players feels very strong though – as much as +8 on tons of stats. It’s a bit of a catch 22 to demand more consequences for your off-the-pitch actions and then complain when EA Sports actually implements some, but it gets snowbally. And on the flip-side what’s the point of using weaker fringe players who’ve got the added negative of big stat drops? 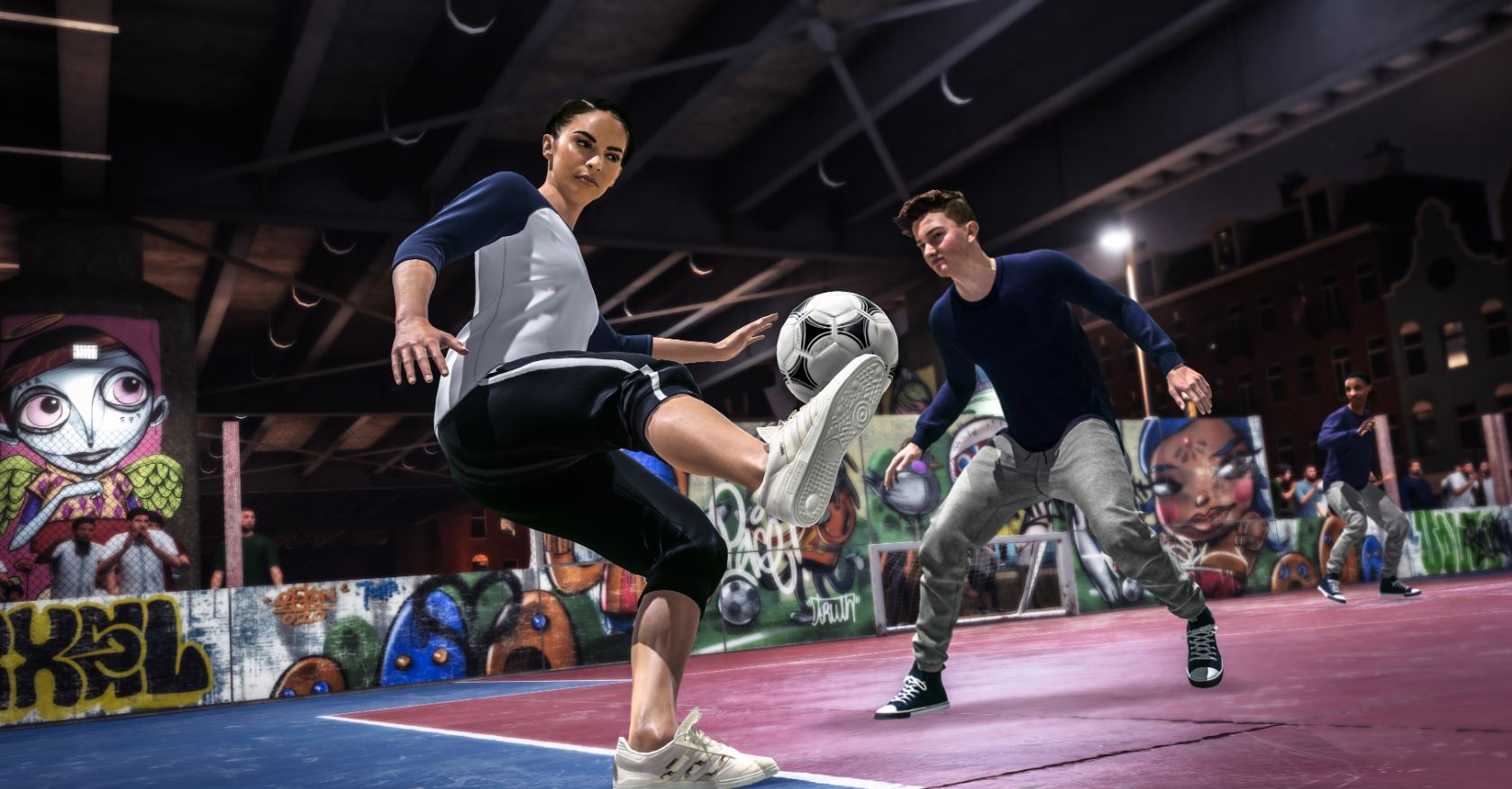 Another of FIFA 20’s headline signings is VOLTA football, and it’s safe to say it’s the biggest addition in years.

I liked the premise of The Journey but slogging through match after match was just tedious. VOLTA is a deep and fresh challenge thanks to its new control scheme and totally different flow.

You can either play single matches with professional teams, which I think has potential to be the new go-to kick-about mode before a night out or to kill some of time, or in street style tournaments with generated skillers and freestylers.

The VOLTA story is basically Step Up: Football. A group of young people who seem to have nothing to do but play football, but can still somehow fly to Tokyo on a whim, build their team in search of street world championship glory.

There’s a lot of acting on show, but it’s fun and goofy, and there’s a guy with a giant gold football head, and one of the commentators unironically says “liquid football”. It doesn’t take itself too seriously and that’s a good thing.

The early matches of the VOLTA story are a bit frustrating because your character can’t do any of the skills, but as you progress, upgrade your stats, and recruit some better players things begin to open up.

At the start when the AI is constantly riding your tackles and kicking it perfectly through your goalie’s legs from the halfway line it’s controller-smashing stuff. But as you learn the different dribbling moves and how to block your goal effectively there’s a lot of fun to be had. 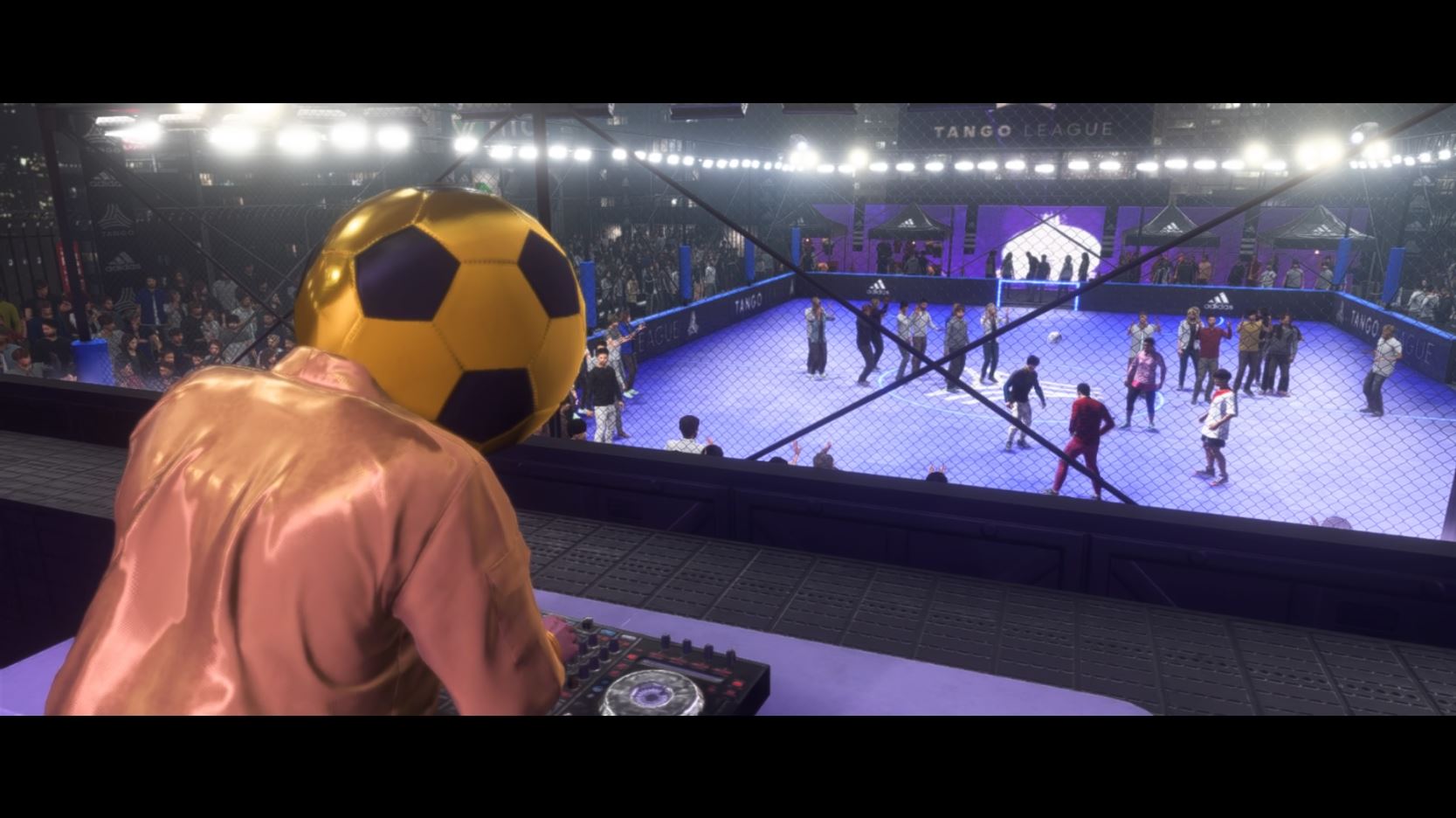 Unfortunately, at the time of writing the online modes weren’t populated enough to give a definite opinion. Of course Pro Clubs and FUT were going to return, but whether the gameplay changes from other modes carry over successfully remains to be seen.

One thing I can say for Ultimate Team though is that a few of the common sense tweaks that needed to be made – like your squad not having crazy kit numbers all the time – seem to have been made.

We’ll update this review once we’ve had to chance to properly test both modes.

Without much cosmetic polish to fall back on, FIFA 20 needed to bring something new to the table. Although the core gameplay isn’t mind-blowingly different, it’s still the best football game, and the addition of VOLTA is a whole new way to play.