Skip to content
Players who reach level 45 and above are eligible to join Liberators‘ Invasions of Africa.


Players will fight a series of consecutive battles, retaining the damages and stats throughout. After certain battles, players will have the option to visit the IoA hospital to mend Commanders’ wounds. 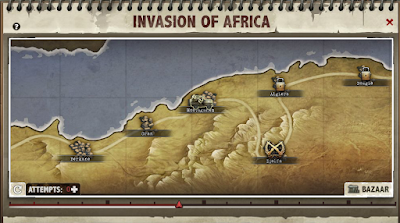 Players will use bandages in the hospital. Bandages have three functions, each of which can be used once on any given Commander. The functions are as follows:


1. Restore 50% of Commander HP (best used on your most powerful Commander)
2. Restore 50% of Commander Morale (best used on Commanders with 50% or more morale, for immediate use in next battle)
3. The third function is to allow a Commander to perform a kamikaze mission on their closest enemy, killing the enemy in question. As this function does not depend on the stats of the Commander, it is recommended to use this on relatively weaker ones for maximum impact. 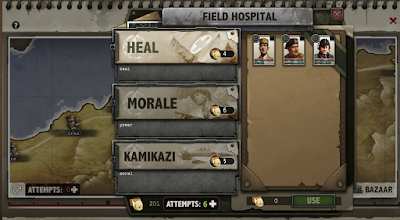